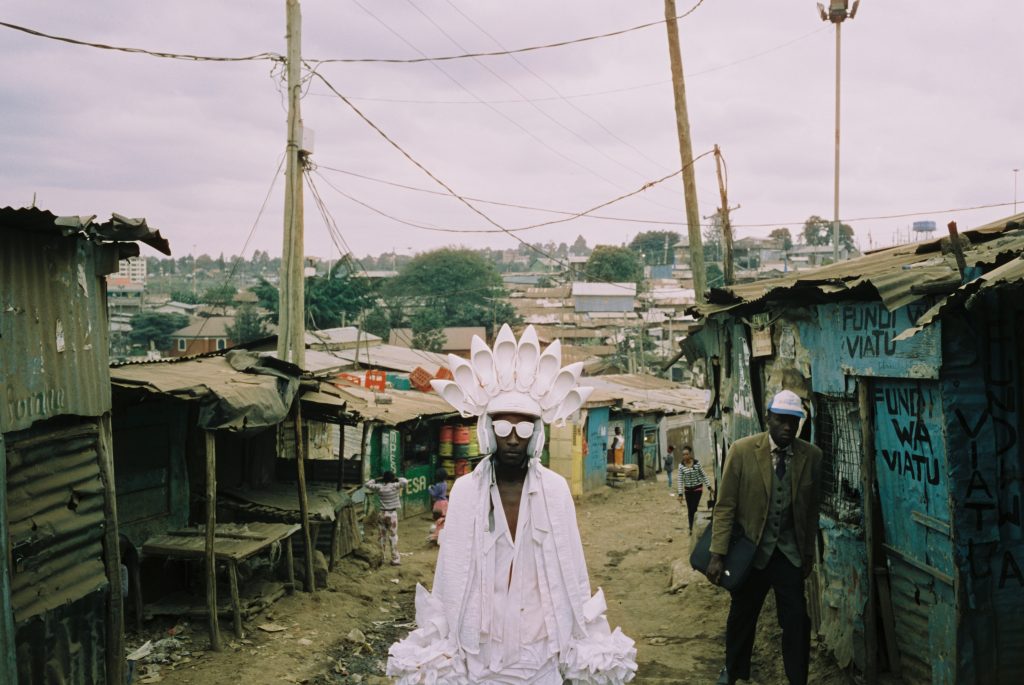 Do you ever throw clothes in a donation bin on the street? Do you know what happens to them next? Fashion designer Lisa Konno loves to work with recycled materials and wanted to know how the second-hand industry works. Together with film director Teddy Cherim she travelled to Kenya to explore what happens to our discarded garments. The documentary Goodwill Dumping (2019) shows the effect that a seemingly small act such as donating an old T-shirt can have in other parts of the world. Especially for the film, Konno created several new looks made from donated clothing, to make a visual commentary on the industry that lies behind clothing donation.

On Sunday 17 November we will screen the documentary ‘Goodwill Dumping’. Following the film, Nannette Hogervorst (Fashion platform Our World) will interview Lisa Konno about the film and about her work as a fashion designer in a changing industry.